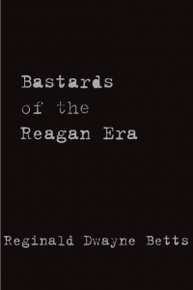 I’m writing this and it’s Christmas. Black Lives Matter activists shut down airports in San Francisco and Minneapolis. No one is indicted for Sandra Bland’s death (remember? Arrested for a traffic violation, leaves a voicemail for a friend wondering how it came to this, and then discovered dead by hanging the next day. Remember the stunned wooden expression and odd lighting in her mugshot which made many suspect she was already dead?) It’s Christmas and tomorrow Chicago police will shoot and kill a woman as she answers her door because they intend to shoot a 19-year-old who was inside the house, whom they also shoot and kill. Two days later, no indictment is issued for the killing of Tamir Rice (remember? The 12-year-old with the plastic gun, shot by the police 2 seconds after they arrive at the scene.) And with each wave of injustice, in the wake of each murder, there are actions, there is discourse, maybe someone breaks a silence or changes their mind. The cycle of violence and hopelessness and struggle and anger and organization and hope and violence again has been dizzying. And it is a perfect moment for the deliberately time-stamped Bastards of The Reagan Era (Four Way Books, 2015) by Reginald Dwayne Betts. With everything that has changed, this book about the 1980s shows us how much has stayed heartbreakingly the same. It also provides valuable context for the repetitive trauma of American racial politics, delineating how much we have grown inevitably from our past. Betts calls the men and women in his poetry collection “half mad with history,” and we still are.
​
Betts describes crack in the 1980s and the adjacent racist violence in heavy, sensual language. Sometimes the tone is elevated to classical stature:

A grave: a place where men go to trouble death,
This corner, prison, purgatory holds
My breath and body, fucks with my mind until,
Until the time becomes my coffin;
….
A van, the wine-dark asphalt, cuffs, the night

At other moments, the pace is frenetic and contemporary:

Watch when the researchers come, notebooks in hands…
Their idioms of death & whatnot. King me muthafucka,
they say when the research drops. Expert on the Negro
Problem. They become oracle & insight. & we get all
the dead bodies around us. Say so many people died one year
​the district was worse than Vietnam.

These tonal shifts in the voice of the book give it a quality that is at once specific and universal. It is as though the book is a kind of oracle, turning the tragedy of the 1980s over in its palm like an omniscient narrator. At the same time, in the fiercely colloquial moments (“muthafucka,” for example) the speaker seems to be saying, “this is my world, I am not an observer or a tourist.” It also feels like a reclamation, insisting that poetry can include all language, even the language of those who are most often denied a voice. Even with these shifts in tone, the book is gorgeously cohesive. It feels like a clear message, polished towards a point that is at once clear and deceptively difficult to grasp. There are eleven poems in this collection called “For The City That Nearly Broke Me,” and four different elegies. The layering of series, sectional poems and repetitions creates depth and dimension, and momentum over the arc of the book. The book escalates, like a measured argument.

The first poem in this collection is for Betts’ sons, and this choice becomes more illuminating, more haunting and joyful, as the rest of the collection comes into focus. Betts seems to blur the author/speaker line and address his own sons, as he writes:

… This old riff on a shotgun
marriage calls us back:
your mother’s hand in mine & the shotgun is
what we aim at the world that threatens

The love in this opening poem is a counterweight to much of what follows. Through most of this book, love is at once the ferocious strength behind the voice of these poems and something interrupted, uprooted, painfully tenuous, and remote. This divorce of the body from any humane or loving context is seen again in the subsequent, titular poem, nakedness demanded of the Black body by the judge, the prison guard.  By bringing in the body, Betts’ poems outline another territory, a protection against the world’s attempts to strip Black people of any form of intimate, private life. Betts describes not just the epidemics of crack and mass incarceration as they have directly impacted the speaker but also how this violence robs Black people of their personhood. The image of the Black male body occurs again and again in these pages, but the intimacy surrounding that body is a terrible one. Sex is endowed, weaponized, and unendowed, as in “At the End of Life, A Secret,” where the pseudo-generic “you” of the poem seems to be a Black corpse:

… A man twists
a tuft of your hair out for no reason
other than you are naked, before him,
& he is bored with nakedness….
….
… Your feet
are regular feet. Two of them & there is no
mark to suggest you were an expert mathematician,
nothing suggests that a woman loved
you when you died.

And maybe this is the moment to say the unavoidable thing, which is that Betts was, for some time, in prison. He has written a memoir (A Question of Freedom, Avery 2009) that addresses this experience explicitly and has included several poems in his excellent first poetry collection (Shahid Reads his Own Palm, Alice James 2010) that draw from that experience as well, so it is no secret. I was somewhat reluctant to talk about it. There are at least two wrong ways for me, a white reviewer, to praise this book. One is to point with astonishment to the writing, “But the writing is so good,” the reviewer says, amazed that something with so much craft and literary merit comes from a person who did not have a privileged, canonical voice. Or, the other wrong praise is centering the biography. “This is so real,” the reviewer says, dismissing the craft, the effort, the art of the book so that I can congratulate myself on being open minded about identity politics. The fact is, while there is a shadow of truth in either statement, both of them are also a reenactment of othering. Both of them put the author on display within the cage of his own work in a way which is never inflicted on writers without marginalized identities. And yet, to ignore either the biography or the craft seems even worse. I hope I am drawing Betts' biography into a review of his work in a responsible way. Betts’ past incarceration is important partly because his life narrative is really not one that we can put into the public consciousness enough (father, award-winning poet, student at Yale Law—he has survived and survived).

Another reason to consider Betts’ relationship to his subject is that there is a difference in our experience as readers when we know someone is writing from the blood and fire of their own life, not from an imaginative project. The twentyteens are a strange moment, in terms of the relationship between people and their creative work, as our public and private lives unfold, social and hyper-documented. And it is also significant because there are some things which can come from within a group that has experienced violence and oppression which, if brought up by another group, would be at best tone deaf, at worst revictimizing and offensive. In the long poem towards the end of the book, “The Invention of Crack,” the speaker allows for complication and culpability in the Black people he describes while still holding up the cultural framework that brutalizes and confines them:

It take a nation of millions to hold
us back? Well they got that. We got that too.
Hands around our throat. Before you suffocate
your own fool self. Father forgive…

So the penitentiaries are barrels full of
children…

Similarly, Betts addresses the last poem in the collection to the speaker’s brother who has brought the drug war inside of himself, who seems to choose the Reagan era nightmare which has become so familiar:

To be a horse galloping away
is what I want for him,
he wants horse trundling through
his scarred veins. Prison
has taken the place of
freedom, even in his dreams.

As we come through a year when the value of Black lives is interrogated daily, these poems are a gift and a necessary piece of context as America continues a bloody struggle with its racial conscience. These fiercely intelligent, formally beautiful, and wrenchingly vulnerable poems illustrate the chapter in history that is an immediate and inextricable prequel to where we are now. I hope that this book is received the way that it deserves to be. Which is to say, I hope we learn our history.