A Question from Borges
by Francis Santana

​​In my republic what remains is soil,
but on all the roads in Buenos Aires
I am invisible. Borges sends me a note
I read it and hide it in my pocket.
On my way to the train station,
the university empties behind me.

Every Latin American story
should end in crucifixion.
How much courage would it take
for a foreigner to die in the pampas?
I have nothing left to abandon.

Words are wealthy, I think to myself
as my wife breaks pan de agua over the table.
She has been speaking in short sentences
since our argument on Quincey—
we don’t fear life but
it also arrives suddenly.

My commute carries my grief
through a city that eludes me.
I have resided in these ruins
disguising my own skeleton. But
these ruins crumbled here
from another continent.

My bag sits by the door
digesting many languages.
The Caribbean boy, the faculty calls me,
insinuating an archipelago of savages.
Knowledge is not insular. I correct them.
In desperate prose they change
what lies beyond the Patagonia.

On the margins of a story
about God’s tongue, I scribble
about Montezuma, stoned
by his own people: how foreign those rocks—
at least that’s how books tell it.

I have written an ode to El Rio de la Plata
but I do not mention how it drowns me daily,
how I feed it manuscripts and passive prepositions.

Borges wants me to help him
convey the mind of immortality.
I suspect he wants to resist forgetfulness.
The way he writes in Greek about what
he has not seen, makes me wonder
about what he writes in other languages.

I walk down a gravel road that leads me
noisily— a reply in three brief sentences.
Rushing across the platform
as the train departs I stumble
tired into a mute journey.
My hat rests there on the floor
as everyone notices me dying.
The last thing I think about is Hermes,
if he ever sailed across the middle passage,
if he would ever deliver Borges
a message from me, in Spanish. 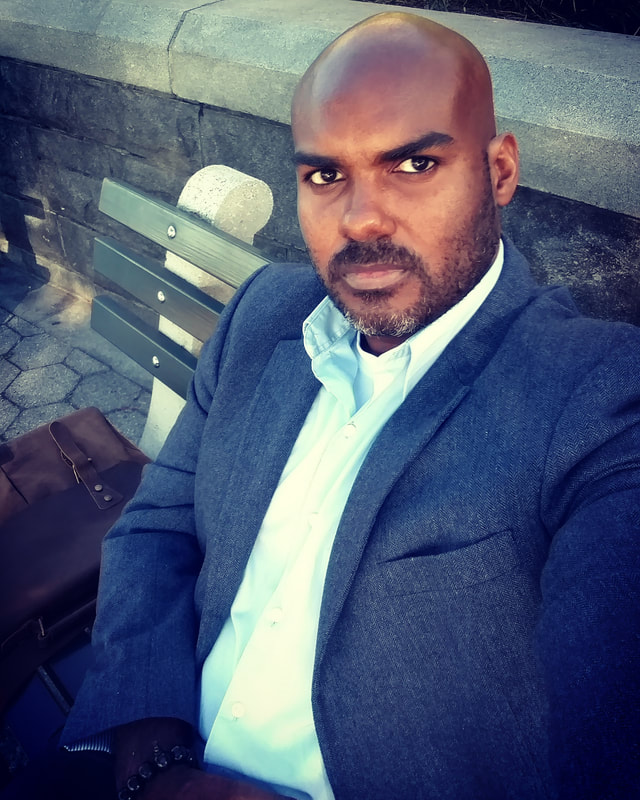 Francis Santana is a Dominican American writer, educator, and ex-Pentecostal preacher from New York City. He recently earned his MFA from the Helen Zell Writer’s Program at the University of Michigan where he won a Hopwood Award in poetry, and a Helen S. and John Wagner Prize. He also received a post-grad writing fellowship. His work has appeared or is forthcoming in Blackbird, The Cincinnati Review, Copper Nickel, Indiana Review, Ninth Letter, Rattle, Spillway, THRUSH Poetry Journal, and elsewhere. You can find him in Twitter @santfrancs